Hello everyone,
Today, I am writing to let you’ll know of something interesting, for a change it’s about sports. So sports lovers put your hands up and wave because you going to love it when I share with you details of a sports event I was invited to i.e Volini’s Blogger Meet in association with Patna Pirates one of the top three sports team of the Pro Kabaddi League.

To let you guys know about Kabaddi, it is a sport which includes a lot of pain and is a physically active game, it was a sport that originated in ancient India, which has been linked to Indian Mahabharata. Kabaddi is derived from a tamil word which means holding hands, quite interesting isn’t!

For Volini, which is the no.1 doctors’ recommended brand it wasn’t a surprise when they associated themselves with Patna Pirates team, which is based in Patna, Bihar. Patna Pirates is led by Rakesh Kumar and coached by R S Khokar. It is the national capital of the sport and also the only city to have a separate stadium i.e. Patliputra Stadium for Kabaddi. The passion of the Patna Pirates for Kabaddi coupled with Volini doesn’t let #pain stand a chance to come in between. 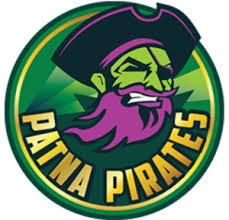 At the bloggers meet by Volini, a well renowned brand for pain relief by Sun Pharma, we got to know about their association with various sports. @MyVolini is playing a vital role by helping sports players fight pain and in turn have produced successful performances.
Mr. Vikram Ahluwalia, Marketing Head, Global Consumer Healthcare, Sun Pharma, spoke about how proud they were to be associated as their passion for pain relief to facilitate players to bounce back has been matched by Patna Pirates. We were told about how Kabaddi was growing as a famous sport today besides cricket because of its mass appeal and the personal connect it has with the hearts of sports lovers.
To take over, we then had Mr. Shayamal Valabhjee, a sports scientist, who explained that though Kabaddi was the hottest and a relatively new sports attraction in India, it was not at all kind to the player’s body. Playing Kabaddi demanded a lot of physical activeness, pain, and the adrenaline rush which makes the game so challenging. To give us a shot at understanding the adrenaline rush we were told to stand up and jog in the place we were standing saying Kabaddi Kabaddi Kabaddi and I did feel the rush and the pumped up energy running through my veins. He also gave us a lot of insights into the game and how Volini ensured that there was no dip in the player’s enthusiasm and love for the game.
We were lucky to get introduced to the face of Volini’s association with Patna Pirates team members Rakesh Kumar (Captain), Ravi Dalal and Girish Ernak. Each of them told us their passion for the sport and how physically demanding and challenging it was, and how pain and its timely relief played a crucial part.
The players spoke from their heart as to how happy they were that their love for the game was being appreciated and how they now had a platform to showcase their talent. They told us some heartwarming incidents which melted all our hearts. They also told us about the rigorous training they have to undergo not only when they are preparing to play but also when they are not.
To help us understand the game even more, they had a live session of Kabaddi and invited us bloggers to experience the sport with them. It was a treat to see the players in action and their enthusiasm. 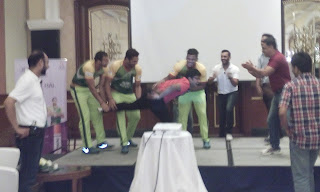 The players very calmly and politely entertained all our doubts and queries of the sport, they even proudly spoke about the Indian Women’s National Kabaddi team and about their 3 year winning streak in the International Women’s Kabaddi Events. They also wished that they too get an opportunity to prove themselves just like them and soon be a part of the Pro Kabaddi League. 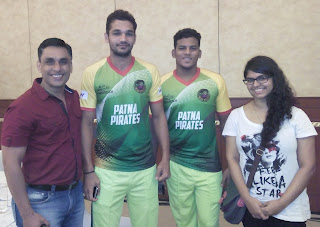 The event ended with a delightful lunch and as I left the event I was left with one thought, Khelo Kabaddi lagao Volini. 😀 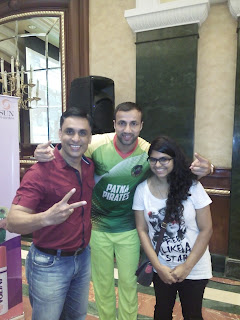